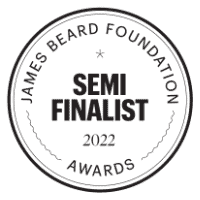 Assuming the answer would be an emphatic no, well-meaning friends called when the pandemic began asking if I missed the restaurant business since selling our restaurant Post & Beam in South Los Angeles last summer. For me, a lifelong restaurateur, taking my first break from the business since the late ’70s, watching the events of the last several months from the sidelines, outside of the state, while isolating has been painful. My heart goes out to those on the frontline. People would always respond when I’d say I was in the restaurant business that it’s a hard business. True, I wouldn’t call the work easy, but I got plenty of joy from the experience. The camaraderie created with staff, interactions with regular customers, and the simple routines you perfect as they are performed daily. There’s comfort in the familiar and the unexpected events of a night’s business or an old friend stopping by never failed to keep things interesting. Friday nights were the best as a group of buddies and I would often huddle around a table; they’d implore me to sit but anyone who knows understands the life of a restaurateur means you don’t ever sit for long. I’d join long enough to catch up on the score of the game or share in a hardy laugh and at times sink into a discussion about some passionate topic. Multiple generations of a predominately African American crowd, feeling easy and breezy, greeting neighbors and local high school principals. An African American Sergeant with LAPD, relaxing, enjoying a meal in uniform while on a break, walkie talkie at the ready. On a few occasions, a couple of white officers would come to dine. One such night, much to their surprise, a friend of mine dining at the restaurant picked up their tab. Restaurateurs love the sound of a busy dining room, the buzz of people enjoying themselves is the best reward. I miss those nights and the rhythm of the room the most. If you’ve ever visited a Black-owned restaurant on a Friday night you know exactly what I mean. If you haven’t, well you should as soon as it is safe to gather in public places again.

When the pandemic landed, I spoke frequently with John Cleveland, the young African American chef, first-time business owner, and father who gamely took the reins at Post & Beam. As businesses were being shuttered, the restaurant industry appeared to be in freefall; it was impossible to ignore how steep the odds were against his survival. John maneuvered; he was not about to quit on his restaurant.  John still has the lights on thanks to District 8 Councilman Marqueece Harris-Dawson who contracted John to deliver meals three times a week to seniors and local customers who have been ordering takeout. He’s far from out of the woods. A recent study revealed 40% of Black-owned businesses in the U.S. have shuttered since the pandemic began. If you’re in LA, Post & Beam, chef John and the staff would appreciate your support, so make a point to order food to go.

Amid the pandemic and its disproportionate impact on communities of color, we witnessed on video the brutal killings of Ahmaud Arbery and George Floyd. The latter act brazenly committed by police officers; the main offender with his hand casually in his pants pocket, sunglasses perched on his head, staring directly at America, while George Floyd breathed his last breath after 8 minutes and 46 seconds with a knee on his neck. Protests in most major cities erupted, as well as sporadic looting. In some instances, the looting may have been instigated by questionable agitators. Nonetheless, the images have been used to exacerbate the fear “they” are coming for “us”. Unlike the social unrest in ’92 post the Rodney King verdict, the protests are mostly peaceful and the diversity of those in the streets holding Black Lives Matter signs send an impossible to ignore unified message. Watching the documentary covering the uprising in 1992, “LA ’92” recently, it struck me to see Congresswoman Maxine Waters on the frontline during the unrest doing her best to organize an unruly crowd. She sadly lost a sister to COVID-19 and has endured repeated insults mocking her intelligence from the President. This proud hard-working woman who has tirelessly fought for decades for her constituency deserves a medal.

In the wake of protests taking place around the world, there has emerged a cleansing of sorts. Corporations are being asked to come clean about African Americans on their boards and in positions of power. It’s not a good look. According to a recent article in The New York Times, of the 500 largest corporations in the country, there are four black chief executives. Google, Facebook, Microsoft, and Amazon have ZERO African Americans on any of their senior leadership teams. Film studios, major talent agencies, major music companies, the list keeps going, all deserve similar scrutiny.  Is the absence of Black executives in positions of power racism? Indifference or something else? Protests, have given way to claims of a renewed commitment to being “inclusive”. Support “Black-owned!”. Even the NFL seems to be changing its tune, as the narrative has regained its original intent; it was never about the flag. NASCAR removed the confederate flag, NASCAR! Confederate statues are coming down.  Zoom calls are proliferating with anxious, mostly well-meaning CEO’s asking “how can we help?”. BET founder Bob Johnson has put forth a plan calling for reparations.

Given the constant cycle of “Breaking News” and an upcoming presidential election competing for attention, how long will this sentiment last? Is this moment really a turning point for busting the unions to allow police reform and a commitment to closing the gap between white and black wealth? The wealth disparity can be traced forward from slavery through Freedman’s Savings, Tulsa, Jim Crow, the GI bill, and redlining. According to an article in Brookings from February of 2020, “the ratio of white family wealth to Black family wealth is higher today than at the start of the century”.

The brutal murder of George Floyd and worldwide demonstrations combined with a persistent virus still encompassing the globe has our full attention, there’s little to distract, most everything else is canceled. The view is clear and the whole world is focused. What a moment. With all, that’s happened in the last few months, and as is common with friends I’ve spoken with, I find myself dealing with a wide range of emotions. Anger, frustration, tears, resolve to do something, say something. Concern for my Black son. I run the gamut almost daily. The collective pain of enduring systemic racism goes back centuries, its damage cumulative, passed forward through generations. The Gil Scott-Heron and Brian Jackson protest song from 1970 asked  “Who’ll Pay Reparations On My Soul?”.

Chef John and the small business that he operates in a part of South Los Angeles, a short distance from the glamour of Tinsel Town but sometimes feeling as if it’s on the other side of the world, will continue to battle the conditions he faced before COVID-19, George Floyd, and the demonstrations. Facing new strict guidelines from the health department including restricted occupancy levels to adhere to social distancing requirements will make operating a restaurant harder and turning a profit less likely. John will still be unable to provide healthcare for his workers as desperately as he wants to and risk losing them every day to better-funded chains. With dramatically lower sales he has had to lay off staff and cut hours for the remaining employees. His workweek will entail 70-80 hours on the job away from his family. His ability to hit sales targets is further affected by the disposable income disparity in parts of South Los Angeles compared with other areas of the city. It was funny but not when I read how one owner/chef called American Express in anticipation of needing and fully expecting some financial help when the pandemic broke out. John and I laughed together as we both knew the likely response if he made that same call. Access to capital remains elusive for African Americans and Black-owned small businesses; for restaurants, forget it. Business ownership is a vital pathway to creating generational wealth. African American small business owners have been fighting an uphill battle for far too long. Severely undercapitalized, while resilient, accustomed to surviving with less, those that survive the current business climate of uncertainty may very well be on life support. Add to that the stress of driving, jogging, bird watching, or even sleeping while Black.

Sustainable structural change is way overdue. The issues are not new: education, housing, jobs, training, inclusion, police reform, and access to capital among them. Corporations and industries must be held accountable and include African American executives as part of senior leadership while prioritizing funding programs for African American communities, directed by those on the frontline, where resources are scarce. In Los Angeles, I bet smart councilmen like Marqueece Harris-Dawson and community leaders such as Congresswomen Maxine Waters and Karen Bass have viable ideas about how to use that help.

Black-owned, pandemic, and protests is the recipe of the moment; outcome to be determined.

As businesses were being shuttered, the restaurant industry appeared to be in freefall: it was impossible to ignore how steep the odds were against his survival.